A few words about Spade

Learn more about the Master Magician

Steve Spade is known for his TV appearances, large scale Stunts and Escapes, working with celebrity Clients & has also been hailed as “Ireland’s Houdini” by the European media & press.

Spade is just as busy behind the camera as a TV & Movie Consultant and teacher to actors.

As a Magician & Escape Artist, Spade has been burnt alive, carried out underwater escapes, driven classic cars blindfolded, predicted headlines, performed magic in Times Square, performed private shows in Manhattan for Celebrities and has even done “the biggest escape stunt to ever happen in Northern Ireland”.

Certification: Only Irish member in the Globe Escapology Organisation a.k.a. Ireland’s Houdini

Certification: Only Irish Escape Artist/Magician member in the Society of American Magicians. 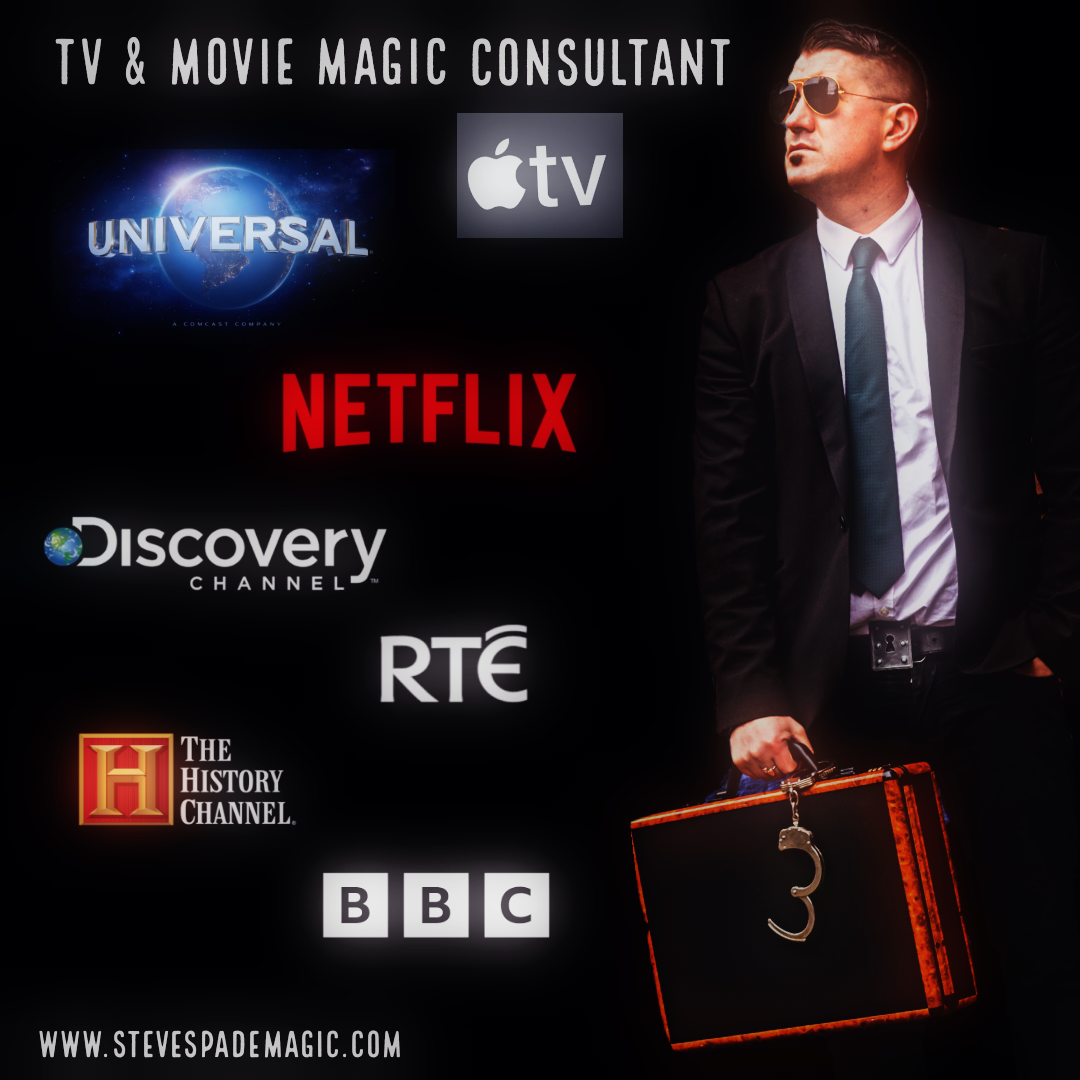